What can I say about the Christmas and New Year holidays that hasn't already been said?
Not a lot. So I'm not even going to try.
Instead, I want to say a genuine 'Thank You' to everyone who has read and supported work/life fusion over the last year.
Your visits, comments and emails have made our conversation here complete. They have also transformed this blog from a nervous peek into the unknown, into a confident and true exploration of careers and work/life relationships.
Something that would have been impossible for me to do alone. Christmas and New Year Reflections (groan)
[Photo Courtesy of bluecinderella on Flickr]
On that note, I will have exciting news in 2010 about the explorations we have conducted here and how they will be growing and expanding. It will be posted here first too because your opinion and support will be a huge part of it. Perhaps an even bigger part than it has been to date.
But before any plans for the New Year can take place, a holiday is where many of us will be going first.
Have a great Christmas and New Year, wherever and however you are planning to spend it!
All my best for now,
Paul
Posted by Paul at 12/22/2009 10:50:00 am 4 comments:

Can you think of a virtuous circle?

OK, it sounds a bit simplistic but there is evidence to support each step.

For instance, a better understanding in key areas like your VTGs (Values: What’s important to you, Talents: What you’re good at, Goals: What keeps you going) can help you make better career decisions.

And better career decisions are a great way for a virtuous circle to start. Big decisions about work and careers can make you feel dizzy.

Your VTGs can slow the whirling carousel and give you more confidence when you have a choice to make.

You start the virtuous circle when you’re ready and on your terms.

Think of a career cycle you’d like to break or any circle you'd like to be less vicious and more virtuous.

There’s plenty of evidence to show it can be done.

Where you want to be in 5 years time

The last post on this blog proved nothing.
Not as bad as it sounds because the intention wasn't to prove anything, the intention was to find out what's possible. To ask if there might be a better way to answer this career question: "Where do you want to be in 5 years time?"
Proving and disproving should start with questions worth investigating. Questions that offer knowledge worth gaining. Questions that are worthwhile exploring.
It might seem like an unusual way to try and answer career questions but a mathematical approach does offer certainty. And if I'm not mistaken, mathematical certainties often begin with doubt too.
Maths has this much in common with career decision-making at least! 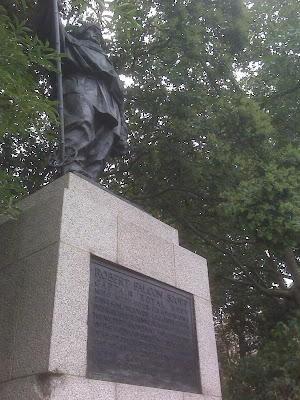 A worthy exploration or a waste of time?
Your opinion has the same value as anyone else's.
Maybe maths isn't the right discipline to help us as individuals answer this question. If that is ultimately proven (here or elsewhere) then we've all learned something worthwhile.
You don't have to be a maths professor for your opinion to count.
As an outsider to the language of maths, there are some things I am envious of. The importance of what you say, not who you are is one. Pierre de Fermat was a career lawyer not a mathematician after all.
Here's an excerpt from an email I received last week:
There are only two types of question:
1) Questions mathematics has answered
2) Questions mathematics has yet to answer
I took that as encouragement to keep exploring this question.
Special thanks to Steve and Kyle for commenting last week and moving this question forward.
All the best for now,
Paul
- - - - - - - - - - - - - - - -
Discover a new way to answer this question for yourself at exploreyourcareer.com

Where do you want to be in 5 years time?

Could mathematics ever answer this question?

Unusual mathematical studies have got me wondering. Stranger questions than this now have the benefit of a mathematical formula to explain them.

The probability of a biscuit collapsing after dunking in hot liquid is one example. Another memorable piece of work was the formula that explained why cold pizza still tastes good the next day (apparently it’s down to the cheese).

If you are a mathematician and you have worked on studies like these: first and foremost, I salute you; And second, now the big questions about biscuits and pizza have been answered, I’m interested in your thoughts on the following... 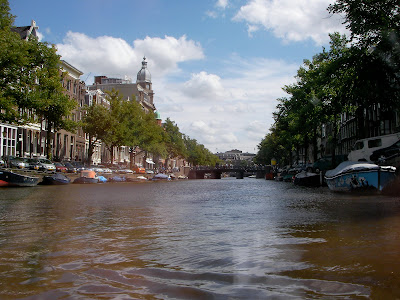 Up to your neck in water? Could a simple formula help you swim?

The question “Where do you want to be in 5 years time?” is linear so if my (very) limited formal maths training is correct, this suggests the possibility of a mathematical equation being drawn up.

This question is linear because you have two points, let's call them Point A and Point B. Point A is where you are now. Point B is where you want to be in 5 years time.

Point A is a known/knowable quantity (I appreciate that ‘knowable’ isn’t a maths term but stay with me a little longer maths geniuses!)

Point B is an unknown quantity but the potential to define it exists between the degree an individual understands their position at Point A and the relative difficulty their path from A-to-B represents (based on the Point B that the individual has defined).

For example: if you are at Point A as a student just leaving college with an arts based degree in humanities, and you decide that in five years time (i.e. at Point B) you’d like to be a celebrated rocket scientist, the relative difficulty of the path you have chosen will be high. Much higher than if you had chosen 'Geography Teacher' as your Point B instead.

An additional relationship exists between Point A and Point B that might also help the formula expand. It lies within the experience of individuals who have already reached Point B and how they compare to the individual attempting to move from Point A (to a Point B others have successfully reached).

The relative similarities/differences between the individual at Point A and the individuals already at their target Point B could also enable greater definition of the quotients that decide the relative difficulty of the individual’s five year progression from A-to-B. (Providing the framework for an individual to define both Point A and Point B is also possible but the extrapolation of this might be best left for a later time).

Mathematicians: this will of course be wrong to your trained eyes and minds but, nonetheless, here is a simple formula to get you started with the proving and disproving that you do so well:

A = where you are now

B = where you want to be in 5 years time

x = relative differences to individuals already at point B

With the age old biscuit and pizza questions answered by you for all time, maybe the moment has arrived for mathematics to tackle a new question.

I’m not one for throwing down the gauntlet, especially to mathematicians. But let’s pretend for a moment that a gauntlet has clattered to the floor. Are any of you willing to pick it up?

Seeing others breeze through difficult times while we struggle is frustrating.
It's like being unable to do something, only to take it to your boss and see her do it in five seconds flat. Most of us will have moments in our careers like this. Not many make it onto our CV or resume for obvious reasons.

Seeing others cope while we struggle is discouraging but it can also be a false impression.

We just see the other person coping effortlessly. We tend to forget that they either had to learn how to cope, earn their ability to cope through hard-won experience or have it drummed into their heads by someone else so they would know what to do. 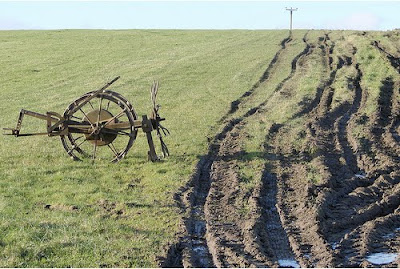 No one ploughs a straight furrow on their first go

Some people cope during difficult times because it's in their experience to do so.

Let's put these pesky, proficient other people to one side for a moment and look at difficulty from another point of view:

What difficult times do you make look easy?

What is second nature to you?

What has your experience taught you to cope with?

What’s been drummed into you?

As well as being personal to you, your answers show that there will be times where you’re the one coping. Times when you make things look easy. Situations that give others confidence in you. Settings suited to your experience.

We can find the same things difficult but what we find difficult also depends on our experience and our point of view.

When you are finding things difficult, look around and ask:

Who is making this look easy?

What experience is helping them to cope?

What can I learn from their behaviour?

What's the best way to ask that person for help?

Maybe questions like these will help you find a new point of view on difficult times. 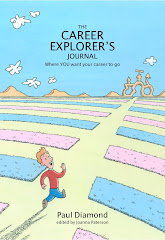